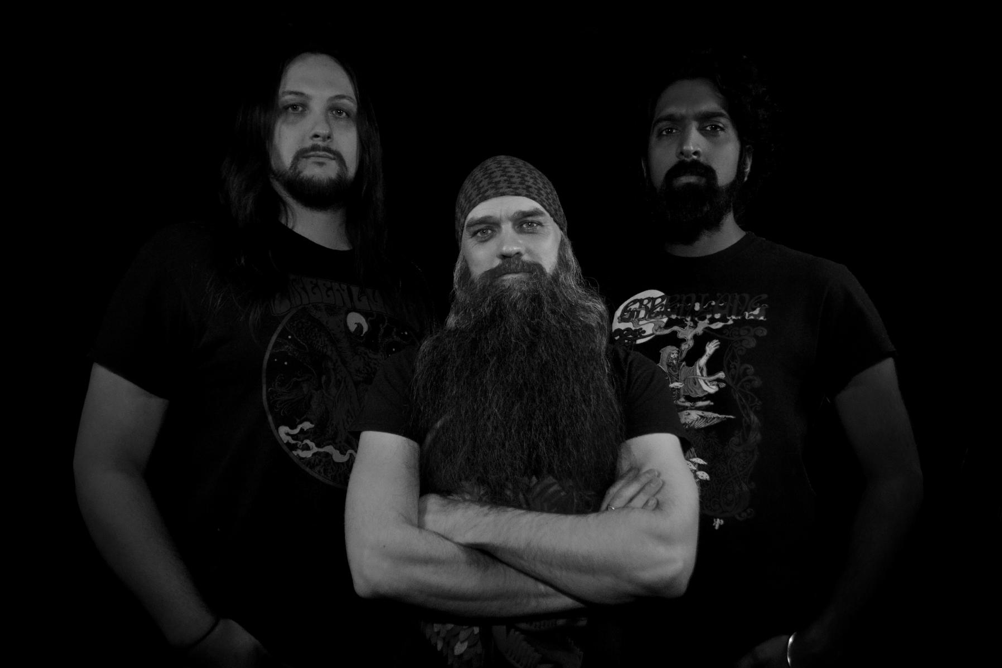 The last couple of years have been a flurry of excitement and solid releases, the tail end of 2018 was particularly busy with two albums both hitting at the year end. With all the excitement, and all that is involved in a record release, I hardly thought about what was next. Wasted State receive artist submissions of varying quality, both in approach and content, most of this is unfortunate a scattergun approach from people who have no idea what the label is about.

Then MORASS OF MOLASSES landed in the emails, their cup was not out begging, their email was not full of bluster. They let the album do the talking….

The Ties That Bind is out NOW and avialable from all good record shops, and from us direct; HERE!

Effortlessly establishing themselves as a force to be reckoned with, the promising career of MORASS OF MOLASSES has already seen the band sharing stages with such luminaries of the scene as Crowbar, Orange Goblin, Ohhms, Vodun, Elephant Tree, Desert Storm, Vodun, Mammoth Weed Wizard Bastard and many more. Their first gutsy Jaegermeister stage performance at Bloodstock Festival helped propel them into a relentless schedule of touring. During which they released the self-funded debut EP So Flows Our Fate, which not only garnered a tidal wave of critical acclaim but also brought them into contact with Hevisike Records. The very label which released their debut album These Paths We Tread. Closely followed by another momentous performance to a packed Sophie Lancaster Stage at Bloodstock Festival. More recently they impressed crowds at Desertfest London and HRH Doom vs Stoner at the O2 Sheffield.

The original lineup of MORASS OF MOLASSES met back in 2013 at a gig in Reading. The band name was inspired by an article on Wired.com about the Boston Molasses Disaster, where a giant storage tank of Molasses exploded, sending a wall of thick sticky syrup through the streets of a Boston neighbourhood. The headline for the article was ‘Morass of Molasses Mucks Up Boston’.

“The Ties That Bind is chock-full of everything you could with for from a record” KKKKK – Kerrang.